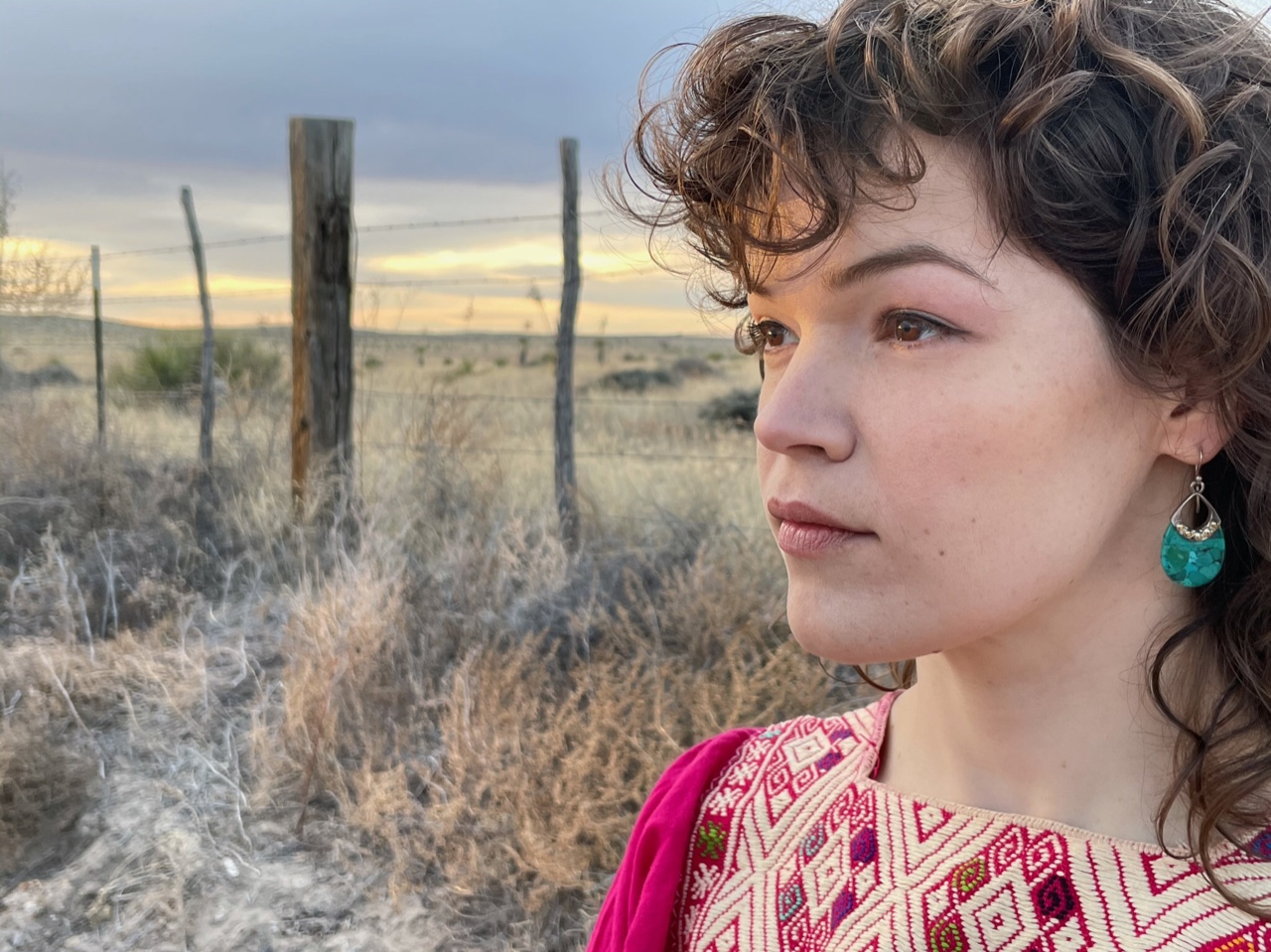 Coming from a family of European opera stars, suburban church organists, flower child Reggae guitarists, and breezy Western campfire pickers, Leah Sproul was bound to have an eclectic sound and set of influences. She has a voracious interest in music of all genres, having earned a doctorate in music composition from UMKC conservatory. But her mother tongue, the voice where she’s at her most vulnerable and honest, is that of the achy-breaky, belting balladeer. It’s found in country, folk, and those genres that give equal weight to words and music. It’s in the storytelling where some of the deepest human connections are forged. 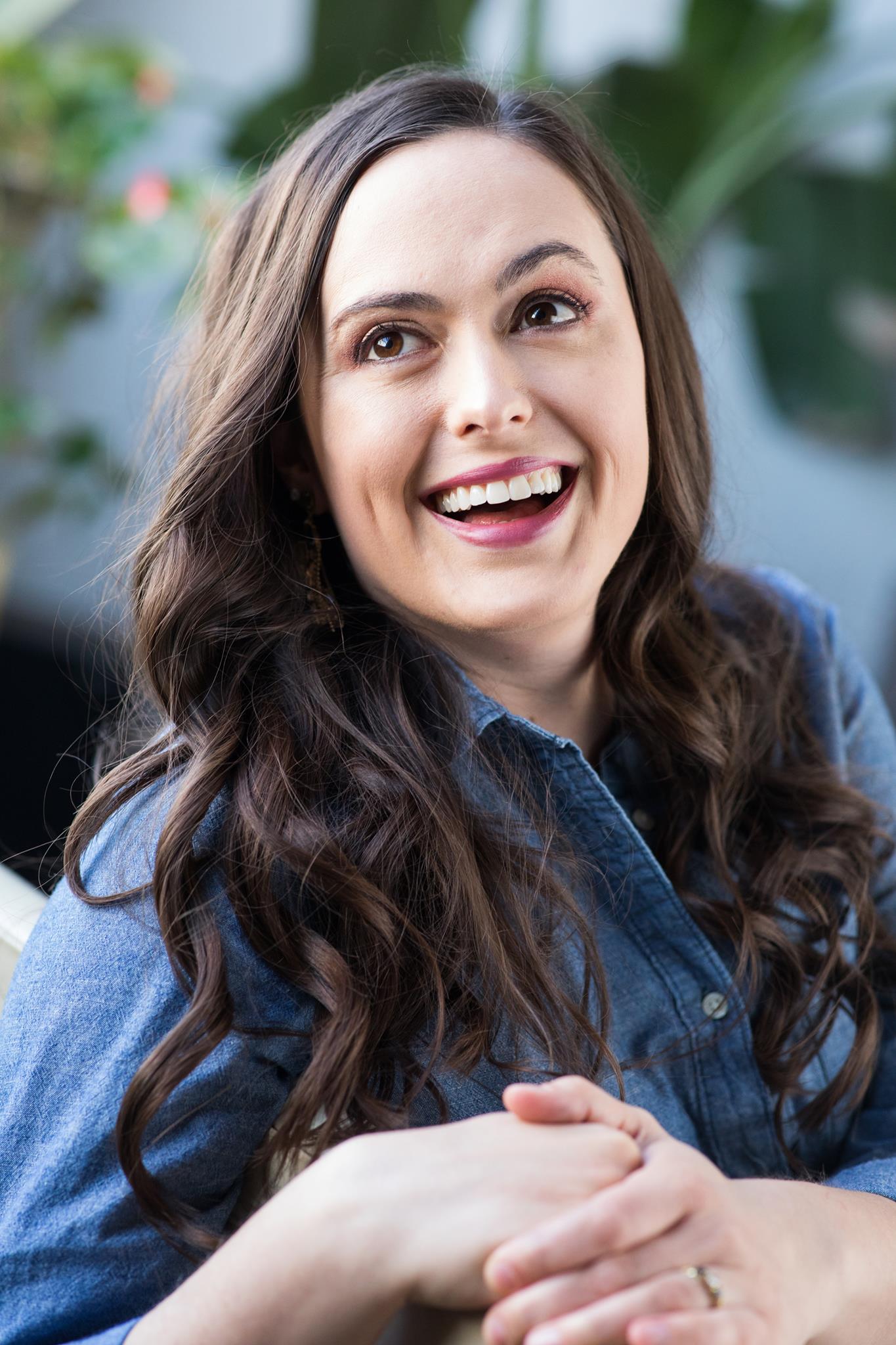 Laura Whitney-Johnson is a composer and advocate for new music. Writing primarily for chamber ensembles, she draws inspiration from both the Western classical canon and popular styles like jazz, bluegrass, folk, and American avant-garde. She holds Bachelor of Music and Master of Music degrees in Music Composition from the UMKC Conservatory. Laura has studied composition with Paul Rudy, Chen Yi, Yotam Haber, Zhou Long, Mara Gibson, Kip Haaheim, and Forrest Pierce. She participated in the 2019 highSCORE Festival in Pavia, Italy, and was accepted to the 2020 New Music on the Point Festival in Vermont. Laura has been commissioned by viola and piano duo Alyssa Bell and Bridget O’Leary, percussionist Derek Frank, and violist Katerina Shapochka and has been performed by JACK Quartet (New York), Transient Canvas (Boston), Ensemble +47 (Oslo, Norway), and the Crossroads Quartet (Kansas City). She received an honorable mention in the 2019 Missouri Composers Project for her SATB choral piece, 3 teachings on poverty (2017). Laura is on the board of newEar Contemporary Chamber Ensemble and currently serves as artistic director and vice president. She lives in Kansas City, Missouri with her husband Tommy Johnson and their three cats. 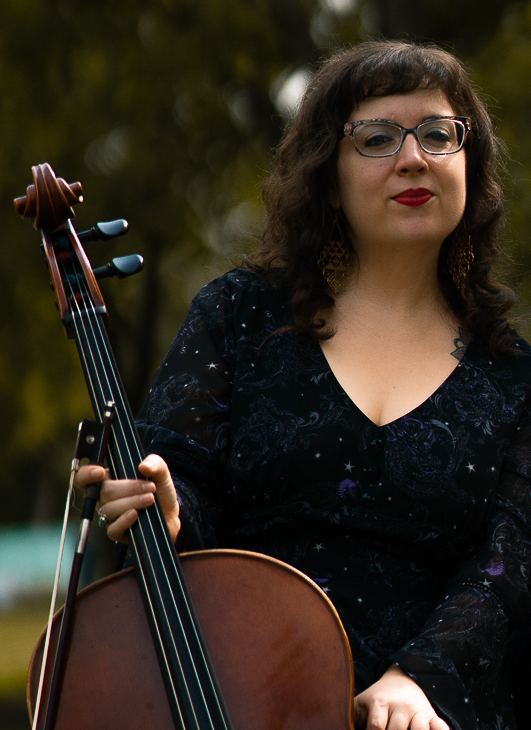 Sascha Groschang, cellist, has performed extensively across the United States, Europe and Asia.  She has appeared at Lincoln Center and Carnegie Hall numerous times, and gave her solo debut recital at Carnegie Hall in 2009. She has been a soloist and lecturer at the Thailand International Composition Festival, performed for the King of Malaysia with the Kuala Lumpur International Festival Orchestra, and traveled all across China on two tours with the Mantovani Pops Orchestra. She has shared the stage with artists such as Yo-Yo Ma, Itzhak Perlman, the Trans-Siberian Orchestra, Michael Bublé, Peter Gabriel, Josh Groban, Sarah Mclachlan, Idina Menzel, Amy Grant and her recording credits include NBC, Atlantic, and Rhino Records. Sascha is principal cellist of NewEar Contemporary Chamber Ensemble and is also the cellist and co-composer of the alternative string duo, "The Wires,” which explores a variety of non-traditional string techniques and styles through original compositions.  The Wires have released three full length albums, have their arrangements and original compositions published with Mel Bay Publishing Company and are co-hosts and curators of "Sound Currents,” a weekly radio program on 91.9 ClassicalKC that explores a broad range of new music. In 2022, Sascha joined the Grammy-nominated St. Petersburg String Quartet. With over 20 major label recordings under their belt, Sascha has traveled to Estonia, Finland and Kazakhstan performing and teaching with them in 2022, with trips planned to Germany, Mexico and Estonia for 2023. She lives in midtown Kansas City with her husband, four Persian cats and two small daughters.